You are here: Home / News / Updates from Sukup Manufacturing

We’re thrilled with another product improvement from Sukup Manufacturing.  On 8″ and 10″ Sweepways, the Independent Intermediate Sump will now be standard!  This sump is located alongside the center sump and is intended for use when the center sump gets plugged or obstructed due to poor grain quality.  It’s a rare occurrence.  But unloading a grain bin with a plugged center sump is quite difficult and dangerous.

Already “standard” is the Cluster Buster.  It is a rotating cable that can be operated (from outside the bin) to bust-up grain that is clogging the center sump.

Think about these MASSIVE product improvements when pricing a power sweep for your grain bin.  Sukup’s Independent Intermediate Sump and Cluster Buster. 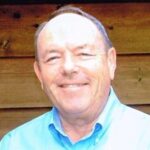 I'm very sad to report that Dave Wood has passed away. We lost him on Friday April 17th. Dave was … END_OF_DOCUMENT_TOKEN_TO_BE_REPLACED

Wood & Conn serves agriculture which is a CRITICAL SECTOR. We remain "open" during this time … END_OF_DOCUMENT_TOKEN_TO_BE_REPLACED